Boonsung wreck is just a half hour boat ride from Pakarang Cape beach at Khao Lak. The wreck is an old tin miner which sunk in 1982. During the Tsunami in 2004, it was broken up in two pieces.

Boonsung wreck is home for many predators like scorpionfish, lionfish, stonefish and moray eels. In this video, you see the honeycomb moray. It’s easy to recognize through its specific color pattern:  whitish to yellowish background color with brown honeycomb shaped spots.

The Honeycomb moray is seldom seen in the open during the day. They like to hide is small caves or holes.

The Latin name for the honeycomb moray eel is Gymnothorax favagineus, it is also known as the tessellate moray, leopard moray and laced moray.

Like to see more marine life?  Take a look of this video’s of the anemone and frogfish

Similan Dive Center is a diving shop, run by a group of passionate local divers who come together to share our enthusiasm for diving as well as the love for nature. At Similan Dive Center, book from our meticulously handpicked and curated list of the most popular liveaboards and diving day trips.

With 20 years of experience, we offer a personal service, always trying to make that extra step. Get the best out of your diving holiday by contacting us by e-mail, telephone or walk-in at our shop in Khao Lak. 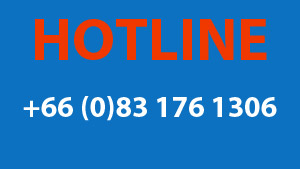